Marc Poland - The Inspectors of Election 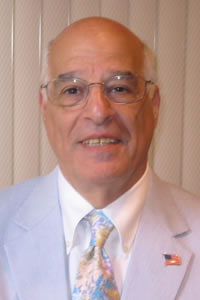 Marc retired from the United States Navy after 24 plus years in 1988; rising from the lowest rank of E-1 to selection as full Commander; serving in the Navy’s Nuclear Power program; shipboard duty aboard USS Waddell; and a succession of assignments as an Engineering Duty Officer: in Research and Development at Naval Ocean Systems Center, Pt. Loma CA; as Executive Officer of a shore and shipboard electronics support command in Hawaii; and finally as Deputy Division Director of Computer Systems Engineering at the Space and Naval Warfare Systems (SPAWAR) Command, Arlington, VA.  Marc holds a B.S.E.E. from the University of Kansas and an M.S.E.E. form the Naval Postgraduate School, Monterey.

In 1988 he and his wife bought a condo in La Jolla, California - an event that would quickly prove life altering! Neighbors asked him to run for the Board of the association in 1989. Marc was elected to the Board and elected as President the same night. The outgoing president advised him that the association was in the largest construction defect lawsuit in the history of San Diego County. The litigation was successfully concluded in 1990 and Marc led the association through a five year multi-million dollar  highly successful reconstruction project, during which three-fourth of the residents in the 419 unit community were relocated to the Marriott La Jolla Residence Inn for up to three months while major structural and other repairs were done on their homes. In 1993 the association’s attorney, Jon Epsten, encouraged Marc to run for the Board of Directors of the San Diego Chapter of CAI and in 1994 he served as President of the Chapter as a “homeowner” member.

In 1995 Marc formed Marc Poland & Associates to provide a variety of community association related consulting services, including reconstruction planning and support services for associations that had completed their construction defect litigation. His services included a one-of-a –kind, comprehensive seminar entitled  “RECONSTRUCTION, MANAGING THE PROJECT AND THE PROCESS FROM THE BOARD’S VIEW©”. In 1997 he allied with CEO, Inc. and assumed the product development and marketing of the CID Registry of California™. In 1999 Marc founded CID-DATA.COM™ to provide CID contact databases for other states which now include Arizona, Hawaii, Nevada and Oregon; and in 2002 he bought  CondoBiz (www.condobiz.com), the premier resource for advertising and locating Community Association management and other related support services and products in Arizona, California, Hawaii and Nevada.

Marc served on the CAI National Board of Trustees from 2002 through 2004 and helped develop the foundation for the Institute¹s major transition. He also served on CAI¹s National Audit Committee.

He has  published numerous CID related articles and has appeared on the Roger Hedgecock and Robert Griswold Real Estate Today radio shows in San Diego.

Marjorie (Marj) Peterson holds both PCAM and CCAM designation and is a nationally recognized expert in the field of community association development, transition, operations, and management.
Read More

Marc retired from the United States Navy after 24 plus years in 1988; rising from the lowest rank of E-1 to selection as full Commander; serving in the Navy’s Nuclear Power program.
Read More

Kurtis maintains the TIEiVote™ and TIE websites; creates the AutoVote™ ballots and tabulation software and develops the registration lists for preprinting the registration and mailing.
Read More

Back to About TIE